I’ve seen a lot of “snap” type sites emerge over the years. This is just one of the few. Today I’m here to share what I know about Snapcheat.com. It would be a complete disservice if I didn’t cover this network for you today. After all, it’s an adult dating platform, supposedly. They claim that this weird app will help you actually get laid, but will it? That was the question I had to ask myself.

Look, I’m all for spending time with women willing to cheat. Why not, if they’re willing to do it, then I’m down for it! When people want to cheat, they can find amazingly creative ways to do so. One of the ways modern technology has enabled this is by using various social media platforms.

Let’s face it, there are tons of social networks that enable communication with random people and many do not limit the rules of communication or the extent of personal contact. Snapcheat is the action and it’s what people do to hook up with others, specifically, married folks.

This network said to allow communication between people without the worry that your messages or photos will be saved. Yes, they disappear in thin air, so anything, no matter how inappropriate you send or receive will vanish within a day or so.

Given that people will stop at nothing to increase their chances of getting laid as often as possible, they have invented a whole system based on the same premise of Snapchat. The network enables them to more easily send and receive naughty messages and snaps and arrange meetups. Conveniently, this deviant platform is named exactly like the action of doing so, Snapcheat. 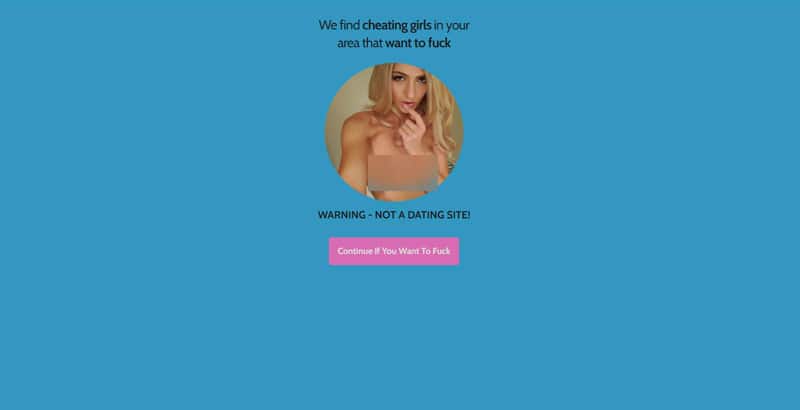 Let’s get one thing straight, Snapcheat is not Snapchat. Although the names are pretty similar, this is not the same platform, so do not open a Snapchat account just to facilitate cheating. Even though the basic idea is the same, in-depth, these two are somewhat different.

The biggest difference is the site security and the fact that Snapcheat does not store your sent/received data. Unlike Snapchat that has confirmed that they indeed keep a copy of every snap ever sent, even though it gets deleted on the user’s account.

To start doing some Snapcheat action, you will first need to join a snap dating site, along the lines of the SnapSext network or some other similar website/app. There are many others that seemingly offer similar services, but many of them are credit card scams.

You must be careful and only join a tested and proven “snap and sex” site. The good snap dating sites offer discretion and user control over the sent/received snaps. And there is a convenient app you get to download and use.

To actually start to snapcheat, you need to start using the message service the snap dating site offers. The app allows you access to the message system without compromising your security and privacy.

Be Safe, Protect Yourself

If you are using a Snapcheat style app or site, then you are probably thinking of cheating on your spouse. Some may argue that sending snaps of your “junk” to other people is actually cheating, but I will not go into a moral dispute here.

As this app is used on your smartphone, make sure you hide the icon and don’t put it on the home page of your screen where your spouse can see it or your kids can unknowingly open it, mistaking it for a game.

Be careful when sending snaps though, as you can unwillingly expose yourself if you send a photo of your face or something with personal info. Don’t use your real name. Instead, use an alias that is not easily connected with you and you should not share it with your friends.

Don’t brag to your friends about using the Snapcheat app or any other casual dating app for that matter. You risk being exposed as someone may unwillingly tell someone else and as word travels fast, it can reach your spouse or girlfriend. Trust me, this is something you don’t want to happen, so being careful is really necessary.

Snapcheat is an interesting app if you are into sending snaps of you “getting off” or simply of your “unit”(ahem) to interested people. It is based on the same premise of Snapchat, where the messages and snaps remain in the system for a limited amount of time and don’t get stored permanently.

If you like to meet the people in your Snapcheat app list after having a virtual “talk” via snaps, then you can take things further and meet in person.

However, play it smart and be sure to stay away from the fake websites that may be damaging to your name and bank account. Yes, they are out there and they are the biggest scumbags on earth, so be careful. Good luck, hook up, and report back to me with the dirty details!