Catfished: What Does This Dating Term Mean?

I’ve been lied to over the years and perhaps the worst feeling was when I was catfished. Finding out that happened was one of the worst days of my life and I’m not joking about that. Believe it or not, it was someone posing as a Northeastern college girl. If you don’t know what this is or means then you’ll want to find out today. Whether you’re using sites like Facebook or even the explicit version, it doesn’t much matter. It’s all something that you’ll want to be able to identify amongst site users. 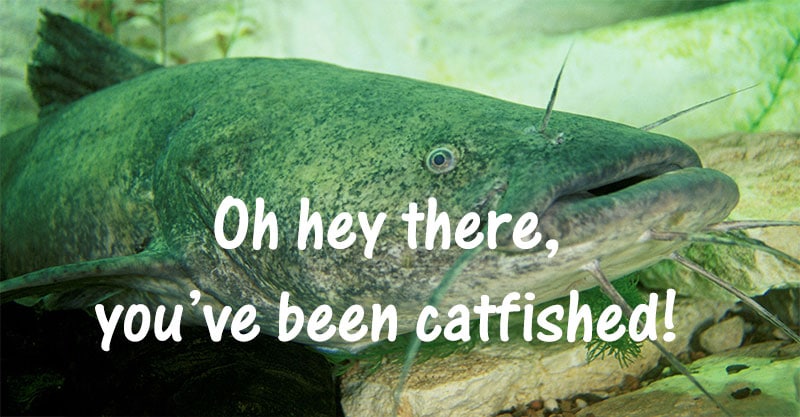 What Does “Being Catfished” Really Mean?

The act of catfishing is an extremely simple one. A person will create a fake profile and adopt a fake persona in order to make someone become interested, and ultimately fall in love with them. There are many ways that someone can benefit from catfishing someone, but it never works out well for the person being catfished.

If someone gains your trust and seems like the perfect person to you, then you’re going to be much more likely to wire them money or gain access to their personal information. It’s at this point that the relationship becomes extremely dangerous and you could end up paying for it in many different ways.

How To Catch A Catfisher

The easiest way to spot a catfisher is simply to pay attention to them. If they seem too good to be true, then they probably are. If they spend all of their time listening to your problems, then they probably have an ulterior motive. If they seem perfect to you in every way, then they’ve probably taken the time to study your online presence and find out everything that you like. They’ll then incorporate that information into their persona and make you believe that they have your best interests at heart when what they’re really doing is simply trying to scam you.

How Long Have People Been Doing This?

This sort of behavior has been going on for a very long time and shows no sign of slowing down at any point in the future. People who would have been confident men a few decades ago are now online and making it seem like all of your dreams are coming true. They can offer you the world, but when it comes time to collect, you’re going to find someone else’s hand in your pocket reaching for your wallet. It’s not a good position to find yourself in and you may never fully recover from it.

If you want to avoid being catfished, then just keep your wits about you. Don’t believe everything that you read, and understand that nothing is ever perfect. Even when simply sexting people, your motive should be to sext, meet, bang, and be done. Everyone has flaws and people that portray themselves as being perfect typically have the motive to take, take, take.

When you can’t find a single flaw in someone, it’s because they’re not truly being themselves with you. They’re simply lying to you in order to gain your confidence and take advantage of you. It happens to thousands of people around the world and they never see it coming. They’re always totally convinced that the person they’re talking to is genuine and that nothing bad will ever happen.

Never share your personal information with anyone that you’ve never met in person. There’s nothing at all that the person is going to need that info for unless it’s to scam you. If you wouldn’t share the information with a total stranger, then don’t share it with anyone online. Always keep a close eye on your bank and credit accounts, and make sure that there’s never any activity that you didn’t know about. That’s always a sure sign that you’re being manipulated and that you should cut off all ties with anyone who may have the ability to spend your money.

I’ll leave you with this. Not all dating sites are equal. Some of them actually take precautions against people preying on others looking for the perfect person to take advantage of. The mobile apps listed on the main page of this site showcase networks that monitor for the typical catfished situations so they don’t occur. That said, you’re able to join them without having problems. Good luck and always be on the lookout! Oh and if you think this won’t happen to you, it even happened to former Boston Celtics player Ray Allen, so no one is safe! Need proof? Check out the screenshot below to see an article on it.

Things To Never Say On Tinder

Aside from the Super Like feature, I’m not a huge fan of this app, but many people today swear by it. I’m talking about the